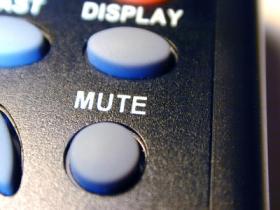 When you’re in ministry, there are going to be times when you say some really stupid things to people in your congregation. In the moment, you’ll either not be thinking clearly, or not thinking at all, and you’ll open your mouth and say something that you should have kept inside. I am really good at this.

Here are some things that you should never say.

“When are you due?”
Unless you have no doubt that the woman you’re speaking to is 100% pregnant, and that the news is public, never ask this question.

“So when are you guys going to start having kids?”
This question ignores one important, painful reality: many married couples who don’t have kids are trying to have kids and can’t conceive. Don’t ask this question.

“I don’t care what _____ thinks”
I once said this very phrase at a Vestry meeting (when I was 16): “Why should we ask people what they think if we already know what we’re going to do?” Bad idea. If you want to survive, both existentially and politically, in ministry, you have to learn to care, or pretend to care, what people think. You’ll probably learn a few things.

“Let’s have a meeting on Sunday morning”
For convenience sake, with people working during the week and unable to meet with me Monday – Thursday, I would oftentimes arrange meetings/auditions on Sunday mornings. If at all possible, don’t arrange meetings for yourself on Sundays. You’re too distracted and busy focussing on your worship leader responsibilities to devote yourself to anything else all that well on Sundays.

“Go talk to the sound guy”
So someone comes up to you and says “it’s too loud” or “I can’t hear the flute” or “my ears hurt”. What do you say? Don’t just tell them to go talk to the sound guy. The sound guy might not be in the mood and you can’t be sure how they’ll respond. So, just apologize and defuse the situation with a smile. Follow up with your sound guy later.

“I need more me”
I know that you’re trying to say you can’t hear yourself in the monitor, but this just sounds bad. Instead, say “is it possible for me to hear my voice better?” After all, it might be that you actually need less of something in your monitor in order to hear yourself more.

What else did I miss?

6 thoughts on “Things You Should Never Say”