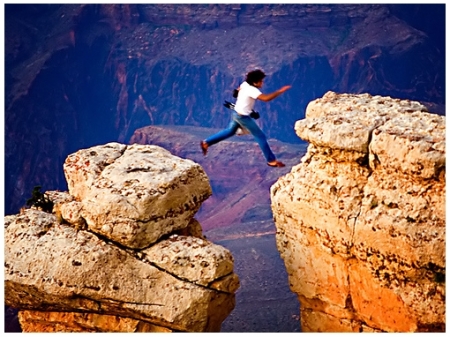 If you’re anything like me, you might find yourself frustrated to hear a really great worship song that you’d love to incorporate into your church’s repertoire, only to find that its range makes it unsingable for most people.

By the way, my spell-check tells me that “unsingable” isn’t a word, but I’m going with it anyway.

Certain songs start out really low. Almost a growl. Then the chorus picks up a little bit and gets more singable. And then all of a sudden, by the second chorus or bridge, everything is way up in the stratosphere and your congregation is passing out.

What do you do? Most of time time you don’t sing the song. It’s nice to listen to but just too hard for people to grab onto.

But sometimes you can bring the song down majorly. Like four whole steps down. This way, instead of growling the first verse and chorus, you’re singing it in a normal range. And then later, instead of jumping an octave, you can sing it down an octave, but because you’ve moved the key around, you’re not all singing bass.

On the latest Passion CD, “White Flag”, there is a great song by Chris Tomlin, Matt Maher, and Jason Ingram called “Jesus Son of God”. The verses talk about the sacrifice of Jesus in our place. The chorus helps us exalt Jesus “on the altar of our praise”. The bridge continues to magnify Jesus and the finished work of the cross: “the cross was enough! The cross was enough!”

The problem with the song is that in its recorded key, B major, much of the song, especially the bridge, is (here’s that word again) unsingable unless you’re in the Georgia Dome with 30,000 students all belting it out. When the song really gets going, you’re hanging out on almost constant Ebs, Es, and many F#s.

If you want to know what will happen in your congregation if you try to get them to sing F#s, read this post.

Usually I would have just given up and not tried to incorporate this song. But I liked it too much.

So I took it down from B major to F major. Three whole steps.

And here’s a rough demo I recorded for my team (in my basement, so I wouldn’t wake up my sleeping daughters) of it down four whole steps. It’s not a terribly pretty demo but you’ll get the idea.

So, when you hear songs like this one that have massive octave jumps and huge ranges, instead of (a) doing it the way it’s recorded and making your congregation give up, or (b) not doing the song at all, maybe you can do some minor surgery on it and make it singable. Now that’s a word. And a good word too.