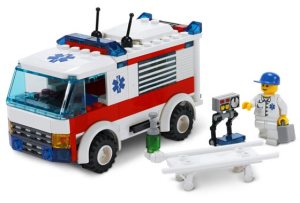 This past Sunday at my church, I was sitting in the congregation and listening to the sermon, when I noticed an individual stand up and walk towards the back of the room. I thought it was an odd time for this person to leave since the sermon was almost over, and I also thought it wasn’t very discreet since they were sitting directly in front of the preacher!

About 15 seconds later, a huge gasp arose from the back of the room as this person proceeded to faint, fall onto the laps of a couple people, and end up lying on the floor.

Thankfully, we have several doctors and nurses who attend our church, two of whom were sitting within arm’s reach of where the individual fainted. We’ve also prepared for this kind of incident by installing emergency 911 buttons at our sound desk, and training our ushers how to respond. This person was taken to a hospital within minutes and released that afternoon, but it was still a huge disruption to the service.

It’s impossible to know when a service might be interrupted by a medical emergency. But it’s good to think through how you should respond. Bill Haley, one of our associate pastors who was preaching, handled it like a pro. Here’s what he did:

Don’t pretend it’s not happening!
Bill recognized he has lost the attention of the room, and that someone needed help. To continue with his sermon would have been futile and foolish. He could pick up his sermon later, but he had to address the emergency first.

Ask if there are any doctors in the room
Bill was in mid-sentence when the person fainted. After hearing the loud gasp and seeing that someone had fainted, he immediately said: “are there any doctor’s in the room?” Seconds later, an ER doctor and a handful of nursed were at the person’s side. Bill had the advantage of a microphone, and he used it well.

Pray
Once this individual had medical attention and 911 had been called, Bill said: “let’s pray”. He led the congregation in praying for the person until they were being carried out of the room.

Slowly get back to where you were
After this person was taken out to the lobby, he reassured people that he would update us on their status at the end of the service, encouraged us to keep praying for her, reminded us that God was in control, and slowly transitioned back into his sermon.

Recognize that the dynamic in the room has changed
I had planned to follow Bill’s sermon with Enfield’s arrangement of “Crown Him with Many Crowns”. Knowing that people were still shaken up and distracted, we changed the arrangement on the fly to be a bit more laid back and less aggressive. To follow a medical emergency with a rock version of a hymn could have been perceived as insensitive and jarring.

One thing that Bill did that ended up adding to some of the confusion was to ask intercessory prayer team members to go lay hands on the person who had fainted. This resulted in too many people being around, and required the doctor and nurses to tell people to go back to their seats. Next time, I’d ask people to extend a hand towards the person from their seat, but to leave room for the professionals to do their job.

I may never have to deal with this particular scenario again, and you may never face this kind of “awkward moment” in one of your services. But when you’re dealing with a group of people standing up and singing for long periods of time, a variety of ages, 52 Sundays a year, and just plain old odds, it’s most likely going to happen someday.