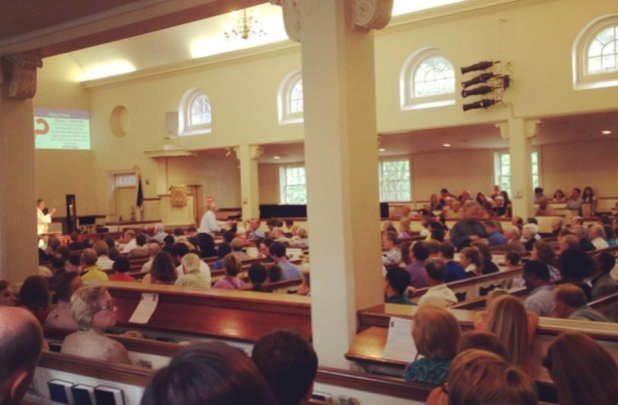 This is an exciting week for me as I begin my new position as Director of Worship and Arts at Truro Anglican Church in Fairfax, Virginia. This past Sunday I had the opportunity to sit in all of the services and attend with my family, before coming into the office yesterday. I have a great sense of excitement about what God is going to do, and I’m thrilled to be called here to be a part of it.

I told a friend that my plan is to “hit the ground jogging” as much as I can for a while. I don’t have a huge agenda that I’m enacting from day one. I don’t have a long list of changes I’m going to pursue right away. I’m very much coming in and seeking to keep things as smooth as possible, while asking a lot of questions, listening to a lot of different voices, and asking God to begin to give me a vision of how I can be most effective here.

Those of us in ministry, whether it’s full-time, part-time, flex-time, or volunteer, are just stewards of God’s ministry. He uses us for a time, and then he moves us on and uses someone else. We don’t build dynasties – God builds His Church. And whether we’re beginning again in a new church, or looking ahead to yet another program year in the same church with the same people and the same challenges, God is always up to something. He is always working in ways we can’t see. He will share His agenda with you if you listen long enough.

I’d appreciate your prayers as I discern God’s agenda for me and the worship ministry at Truro. And if there’s anything I can do to help/support you in your own setting, please always feel free to get in touch with me.

Here’s what I wrote to my new congregation last Sunday.

Over the last several years, as Catherine and I were sensing that God was preparing us for a new call, we have been open for whatever he would call us to, wherever it would be. We’re delighted that God has called us to Truro, thrilled to be a part of this community, and thankful for your warm welcome.

When I dream of what the years ahead might hold at Truro as I step into the role of Director of Worship and Arts, several things come to mind:

Musical vibrancy. God deserves it all, so let’s keep offering it all as well as we can.

Congregational engagement. “Let us exalt His name together!” (Psalm 34:3)

Artistic expression. May the artists and the arts at Truro continue to be released and embraced to the glory of God.

Training and releasing. In our children’s and youth ensembles, and in our raising up of new worship leaders, may Truro be deploying skilled musicians in our congregation and beyond.

My job is to be like a tour guide at the Grand Canyon, simply saying “Behold!”, and then stepping out of the way. It will be a privilege to join you again in beholding the greatness of God in Christ, in the power of the Spirit, every Sunday. 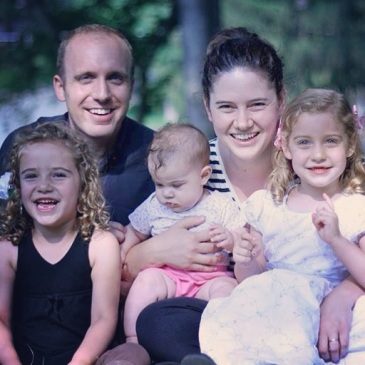 After 10 years of a being on a wild ride with The Falls Church Anglican and having the privilege of serving them as Associate Director of Worship and Music, God has called me to Truro Anglican Church in Fairfax, Virginia, to be their next Director of Worship and Arts. Catherine and I are sad to say goodbye to our community at TFCA (though, graciously, this new call doesn’t involve us moving!), but we’re thrilled to start a new chapter of ministry at a church that’s so dear to us.

Truro is actually where Catherine and I met each other (our dads were both associate pastors at the same time), where we first led worship together, where we got married, and where we have many fond memories and close friends. I was a member there and helped lead worship in multiple capacities for about four years. We never imagined God would call us “back” to Truro. But that’s the thing: he hasn’t. He’s called us forward to Truro. And we’re thrilled.

I came on staff at TFCA on July 6th, 2004. I was excited and anxious. I was grateful to be called to such a wonderful church with godly leadership, but a bit overwhelmed by the challenges that faced me. There hadn’t been anyone on staff before to lead any of the contemporary music elements, or to take ownership of the “informal services”. It was all new to them. And to me! But I dove in to the deep end, with a lot of help and a lot of grace from the amazing people at TFCA, and it’s been a wonderful adventure. It’s been a full decade: full of joys and trials, and I’m deeply grateful to God for the opportunity to be at this amazing church with such sweet people, gifted musicians, and committed volunteers for as long as he’s let me. The last two and a half years have been especially exciting (losing/leaving our campus, becoming portable, etc.) And now God is bringing this chapter to a close.

I’m looking forward to four weeks off with my family after that, before starting at Truro on Monday, August 4th. I’ll be diving into a new deep end, and again hoping for a lot of help and a lot of grace from the amazing people at Truro. I’m looking forward to building on the solid foundation that’s already there, and has been there for several decades now. It’s an honor to be called to this new position, and I’m grateful to Tory (Truro’s senior pastor) for the opportunity.

I’d really appreciate your prayers over the next three weeks as I seek to finish well (I sure do have a lot to do!), as my family and I process the emotions of saying goodbye to our time at TFCA, as I attempt some sort of brief “sabbatical” starting on Monday, July 7th, and as the Browns begin a new chapter at Truro in August.

Over the next few weeks I hope to share some more reflections on the last 10 years, so for now I’ll just leave it at this: it’s been an incredible honor to serve The Falls Church Anglican for the last decade. I will always be grateful.

I’m a bit late on this one…

A little over two weeks ago we welcomed Callie Elisabeth Brown into the world. Thank you, Lord, for this wonderful gift!

Recently I was thinking about who my three greatest musical/ministry influences are. Here’s who I came up with (and the first will surprise you).

The first musician to influence my work and musicianship was, believe it or not, the Christian singer Carman. His songs were musically kitschy, his performances were over-the-top, and his theology was shaky, but he was bold, accessible, and engaging. As a very young boy, my borderline infatuation with Carman resulted in years of backyard concerts and elementary-school talent show performances of his songs. This was all used by God to do three important things: get me comfortable singing in public, teach me the power of private worship, and help me see the value of congregational engagement in worship. Later, in my teenage years, God exposed me to a broader and more mature pool of Christian musicians and worship leaders who allowed me to grow, but the foundation was laid by a childhood love for an eccentric contemporary Christian music performer (as much as this gets me teased by my friends!)

The second and most influential musician in my life was the man my father hired to be our church’s youth and worship director when I was seven years old. Tim MacGowan became a hero to me, a model of a faithful husband and committed father, a full-time minister who led with strength and humility, and an excellent musician whose goal was to see his congregation exalt and encounter God together each week. He trained me as a young musician to play skillfully and humbly and to lead worship in an accessible, not-distracting way. Beyond music, he was a mentor and a friend to me, eventually serving as my best man and continuing to this day as one of my closest friends and continuing ministry influences.

After continuing to lead worship as much as possible throughout my teenage years, I became familiar with the ministry of Bob Kauflin. Bob had a major influence on my practice and theology of music and worship leading. His unwavering commitment to (1) the celebration and proclamation of the good news of the Gospel in corporate worship, (2) excellent musicianship, (3) the leading and ministry of the Holy Spirit as he points to Jesus, and (4) corporate worship as an act of pastoral care profoundly impacted my work and musicianship. God used Bob’s ministry to cultivate within me a deeper love for God’s glory, a theology of music and worship, and a desire to see worship leaders use music more effectively to help congregations see and savor Jesus Christ. 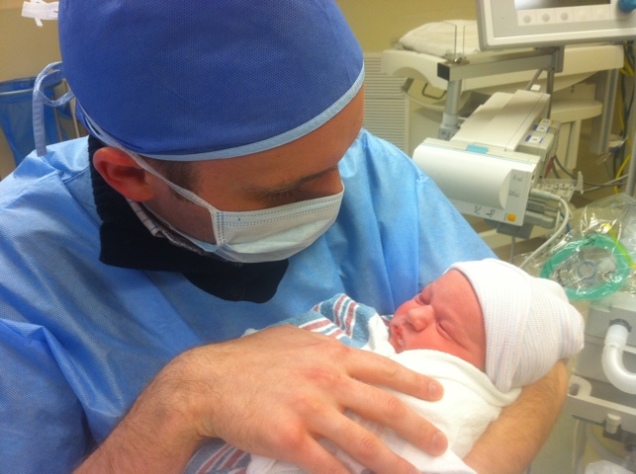