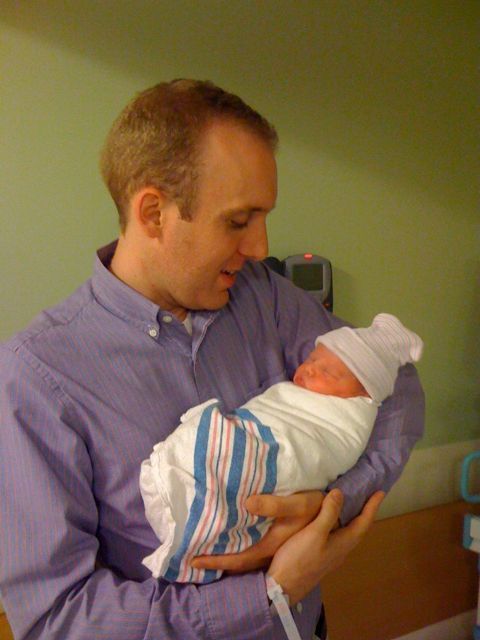 Last week, my wife Catherine (who I’m currently enjoying a week-long vacation with in Florida) passed along a blog post which was written by Kevin DeYoung, the Senior Pastor of University Reformed Church in East Lansing, Michigan. He’s also an author and a blogger, and he recently wrote a blog post titled “In Defense of Musical Diversity“. I found it helpful and I think you will too:

In Defense of Musical Diversity
By Kevin DeYoung

I am not a fan of the word diversity. It’s not that I am against experiencing different cultures, tastes, and personalities. It’s that I don’t know what people mean when they say “diversity.” Depending on whom you talk to, diversity includes everything from relativism to racial harmony to unrestrained personal expression. Diversity is a buzz word that embraces many good ideas, but has become synonymous with a lot of silly ideas too.

So I am not enamored with the (overused) word “diversity.” Nevertheless, I want to defend diversity in one important area: the songs that we sing in church. I believe it very good for our churches to sing songs from different eras, traditions, and styles.

Before I highlight four types of songs in particular, let me make four general comments. First, the songs that we sing in corporate worship must be biblically and theologically sound. No song gets a free pass just because its “diverse.” No matter how brilliant or moving or catchy the music, if the words stink, we shouldn’t sing it.

This leads to a second related comment. While we want to sing deep, theologically rich songs in our worship–songs about election, the Trinity, the atonement, God’s sovereignty–we don’t need to sing all of our theology in every song. To be sure, we don’t want lyrics to be misleading or present half-truths, but we can sing simple truths. If all we sing are the most basic biblical truths, we are not doing justice to the whole counsel of God, but even a meal with roast and mashed potatoes needs a side salad and some jello. In other words, there’s nothing wrong with singing “Jesus Loves Me” or “We Love You Lord” or “God is Good All the Time.” These may not plumb the theological depths, but they do speak biblical truths and do so with childlike trust. Songs with 101-level truths should not be the staple of our musical diet, but they should be on our plate.

Third, the quest for musical diversity should not remove the particularity of a church’s worship. That is, it’s ok for Oakdale Community Church to be Oakdale Community, for First Baptist to be First Baptist, for worshipers in a remote Indian village to worship like, well, Indians. One of the problems with diversity as it’s sometimes construed is that it actually works against genuine diversity. Instead of people groups or churches enjoying their distinctiveness, they dabble (superficially usually) in every other culture. The result is that, in the name of diversity, every church or people ends up looking like the same multicultural experiment.

But let me hasten to add a final general comment. While it is wholly appropriate for a church to have a musical “center,” this does not mean we should only sing from that “center.” As I heard a speaker say recently, it’s fine (and inevitable) for a church to have a culture and tradition, but we must recognize that we have a culture lest we become enslaved to it. What I am arguing for is something in between the cutting edge and the status quo. On the one hand, churches need to sing familiar songs if the congregational singing is to be hearty and engaged. On the other hand, churches need to be pushed to learn new songs outside their “center.” As D.A. Carson puts it, “The importance of intelligibility (in music, let us say) must therefore be juxtaposed with the responsibility to expand the limited horizons of one narrow tradition.”

With that in mind, and in pursuit of a right kind of diversity, let me mention four different “traditions” of songs that we should be (and are, I think) singing.

Psalms
The Psalms have been the church’s songbook for two thousand years. They are also inspired by God and intended to be sung. It is sad, therefore, that so few churches in North America regularly sing Psalms. Some Christians groups sing only Psalms. That goes too far in my opinion, but inclusive Psalmnody is a grand idea. Singing the Psalms keeps us real as they give expression to the full range of human emotion–lament, joy, anguish, doubt, hope, longing, confusion, jubilation, contrition, and fear. The words of Carl Trueman, in his delightful essay “What Can Miserable Christians Sing?” are worth pondering: “By excluding the cries of loneliness, dispossession, and desolation from its worship, the church has effectively silenced and excluded the voices of those who are themselves lonely, dispossessed, and desolate, both inside and outside the church.” The Psalms are what miserable Christians can sing.

Hymns
“Hymns” is a broad category in which are dozens of different styles and traditions. I use the term loosely to refer to the songs we find in hymnals–songs from Wesley, Watts, and Winkworth (look her up; she may be in your hymnal a lot); songs from the early church, the Reformation, and the Great Awakening; songs from monks, Puritans, and evangelists. Hymns are not perfect (e.g., “my faith has found a resting place not in device nor creed”), but they have at least three advantages over newer songs.

One, hymns, because hymnals have notes on a page and because their melodies are more geared for keys on a piano as opposed to a note in a guitar chord, are often more singable by large groups.

Two, hymns, because they have been around for decades and usually centuries, have undergone more weeding out. The chaff has been sifted and the wheat has remained. If Christians have sung a song for 1500 years, chances are there’s something good about it. Most hymns are simply better musically, lyrically, and theologically than most newer songs.

Third, hymns link us with the past and the communion of the saints from all generations. Hymns guard us against our cultural blindspots and historical idiosyncracies.

Contemporary Songs
Like “hymns,” “contemporary songs” is a term so broad as to be almost meaningless. By contemporary music I mean chronologically, songs written since I’ve been alive; stylistically, songs you might hear on the radio; and musically, songs that probably use guitar, drums, keyboard or some combination thereof. Many conservative Christians, including some I really respect, can be very hard on contemporary music–calling it happy clappy music, or 7-11 songs (7 words sung 11 times), or me-centered theology. Undoubtedly, you can find new songs to fit all those put-downs. But there are good reasons for singing new contemporary songs (which are sometimes just old hymns put to newer music–like some of the Passion songs and the entire RUF movement). Not only do newer songs sometimes give voice to a younger generation’s way of expression, they can be powerfully true and theologically rich. One thinks of songs like Matt Redman’s “Blessed be Your Name,” or Towend and Getty’s “In Christ Alone,” or Graham Kendrick’s “Knowing You” or the stuff from Sovereign Grace. In fact, some of the contemporary songs are actually quite hymnic.

No generation of Christians has the right to stop including new songs. Imagine if the church stopped singing new songs after the Reformation just because the songs were new. No “And Can it Be,” no “Amazing Grace,” no “Holy, Holy, Holy.” What a pity! Thankfully, the last meaty, good song for corporate worship has not yet been written. And thanfully, the worship music today is more mature, more God-centered, and more singable than it was a decade or two agoa.

Non-Anglo Songs
This category is completely artificial I admit. There is no “non-Anglo” tradition of music. There are Spanish songs and Zulu chants and African-American spirituals, but these are traditions all their own, deserving of a name that is much more than just a description of what they are not–non-Anglo. But even using this clumsy category I think you can understand my point. We should be singing songs that aren’t from the majority culture at our churches (writing from my perspcetive as a white man from a majority white church).

Singing non-Anglo songs (with translation if necessary) is good for us not only because it broadens our horizons, but because we are not all white Anglo-Saxons! We may not ever sing “just like the black church downtown,” or “just like my church back in Nigeria.” That’s not the point. I am not embarrassed that I like Isaac Watts, but neither should I be embarrassed to clap along with a spiritual or stumble my way through a Spanish chorus. Singing these songs has many benefits. It guards us against resting smugly in our own tradition or preferences; it reminds us that God is a God of all peoples; and it gives voice to other traditions in our midst.

I am not arguing for a mechanical implementation of Psalms, hymns, contemporary songs, and non-Anglo songs. We should not make one week Psalms and another week non-Anglo songs, and we don’t have to get all four categories in every service. But singing from these four traditions, as we often do, is good for our church, not least of all because no one can claim absolutely “they use my kind of music here.” Then, Christ–sung in our songs, called up in our prayers, and heralded in the preaching–will be the glue that holds us together, and not music. That’s the kind of unity in diversity worth celebrating.