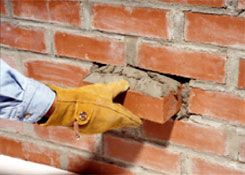 How often worship leaders should introduce new songs is an incredibly important question.

Someone recently wrote and asked me this question and here’s how I answered:

Week one: Teach Song A

Week two: Do Song A again somewhere in the service. If it’s a slow song, do it during communion or at the end of a set. If it’s an upbeat song, do it first thing, and ease into it.

Week four: Do Song A again. Do Song B again somewhere in the service where it fits.

Week five: Don’t teach anything new. Give people a break.

Week seven: Do Song A or Song B again. Repeat Song C again somewhere in the service.

Week eight: Do one of the three new songs you’ve taught. Don’t teach anything else.

Out of those three new songs you’ve done in two months, two might stick around in your repertoire. More realistically, out of three new songs, only one will really become a regular song. There are exceptions, of course.

As I look back over a year, usually I’ve added 6-8 solid new songs to the repertoire. Another 4-6 are in the repertoire but still needing some time to simmer. Another 4 – 6 songs are put back on the shelf.

Adding too many new songs overwhelms a congregation. Not introducing any can deaden them. Find the right balance for your congregation of building their confidence by singing familiar songs, and spending some of that capital you’ve earned on stretching them with new songs.

3 thoughts on “How Often Should I Introduce New Songs?”

Merry Christmas from the Browns!
Some of the Carols by Glowstick 2019 crew.
Thanks @mosaicdistrict for free Santa pictures and zero wait 😎
Follow Worthily Magnify on WordPress.com
%d bloggers like this: