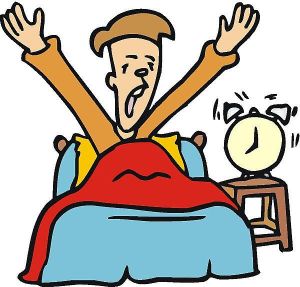 These last couple of weeks have been really weird for people living in the Washington D.C. area.

First, we got hit with 30 inches of snow on Friday, February 5th. Everything shut down that day and the weekend immediately after. Most churches in the area canceled their Sunday services (we had one service with about 175 people), and then on Monday, all local schools, county governments, and the Federal government stayed closed.

After beginning to dig out on Tuesday, we got hit with another blizzard on Wednesday that resulted in schools being closed the entire week, local and federal government closing for two more days, awful road conditions, horrible traffic, bored kids, exhausted parents, and everyone’s schedules being thrown completely off track.

So this past Sunday morning as we began singing “Praise the Lord” by Doug Plank and Bob Kauflin, I was aware that many people were coming in from an exhausting and crazy week and a half, and all of us were feeling like it had been a long time since we had felt like things were back to normal.

It seemed like I needed to help people wake up and “shake off” all the weirdness that had come from two back-to-back snow storms. If I just plowed through the songs without addressing in some way the fact that our lives had all been significantly disrupted over the last ten days, I’d be ignoring a giant elephant in the room.

The first thing we did was start the opening song off in a way designed to help people join in. Instead of hitting them with a wall of sound, we took the first verse and chorus with just a few instruments and voices and then gradually ramped up.

Secondly, I tried to model an enthusiasm and eagerness in my singing and expressiveness. If I had come across as blizzard-beaten or feeling weird, that would have spread into the room.

Thirdly, I took a minute in the middle of the song to welcome people, explain why we were starting off in an upbeat way, invite them to clap with us, and encourage them to “shake off” the snow, the cold, the horrible traffic, and the historically bad commute from the previous Friday morning. It wasn’t the most eloquent thing I’ve ever said, but it seemed to help people relax.

You can listen to how it sounded here:

A few caveats:
– I don’t do this kind of thing every Sunday. If I did, it would get old. Quickly.
– I try to be gentle and confident. I don’t want to boss people around, but I also don’t want to come across as timid.
– I don’t want to be a comedian, but I want to have a tone of good humor in my voice
– My goal isn’t to whip people up into a frenzy, but to break the ice, and help people feel comfortable.
– No one likes waking up with cold water on their face.

If you’re leading worship and you get the feeling that people are a bit sleepy, I’m not suggesting that interrupting the song and telling people to “shake” it off is how you should always handle it. Besides, what does it mean to “shake” something off?

Usually, the best thing to do is just be patient, keep faithfully pointing people to the glory of God, and learn what you can from that experience to show you if there’s something different you can do. It’s not always all that complicated.

But every once in a while, if you do it sparingly and lovingly, just a simple and friendly encouragement can help.